One of the most common diseases related to the nose is undoubtedly rhinitis, which depending on its severity, may require undergoing an operation. Then, all the information about What is rhinitis? , as well as the types of rhinitis there are and what are the treatments about it.

Rhinitis is a irritation and inflammation of the nasal mucosa, the most common symptoms are the sensation of nasal congestion, discharge nasal and retro nasal drip. It can be caused by allergic, non-allergic, hormonal, occupational, infections and other factors. It is often associated with an increase in histamine production, particularly when it is caused by allergens, but in many others the exact cause is unknown. 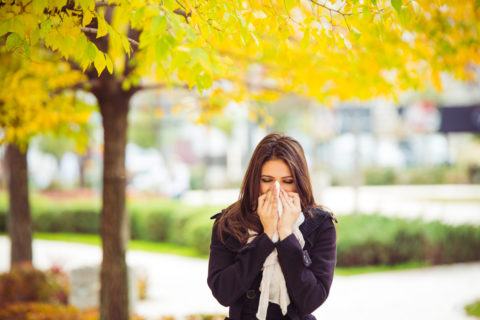 It is important to know that there are several types of rhinitis and from here on we will know how to treat it. The first thing is that we look at the symptoms.

In general, the typical symptoms are rhinitis:

Rhinitis may also be limited in time , and therefore result in an acute form or become chronic.Therefore, it is a real process of vasodilation caused mainly by:

In addition to the classic symptoms of rhinitis, chronic vasomotor rhinitis can also manifest itself as:

Finally, if not treated properly, chronic vasomotor rhinitis can cause the appearance of:

The treatment of rhinitis depends, of course, on the triggers.

It is important to also take into account the opinion of the doctor because it will be this who considers what type of treatment to follow depending on how rhinitis we are suffering.

Food and natural remedies that can alleviate the symptoms:

Foods with histamine to be avoided in case of rhinitis:

to nutrition, you should generally avoid foods that contain histamine in larger amounts, such as: