Chronic kidney disease (CKD) affects the kidneys and their ability to purify substances from the body. This disease is suffered by millions of people around the world has significant complications over time as increased risk of heart disease, or kidney failure so it is important to be informed about what exactly, what symptoms and causes have, and especially what is your treatment.

What is chronic kidney disease?

The kidney They are the main organs of the urinary system, also called excretory, whose main function is precisely the production and elimination of urine. 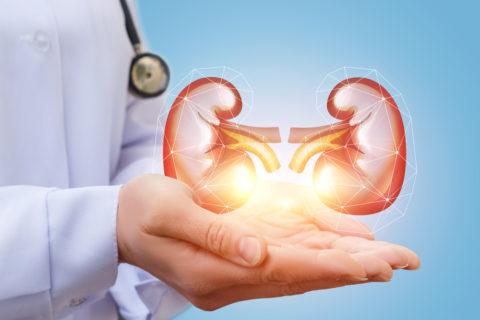 The main functions of the kidneys are:

When we talk about the chronic kidney disease, also known as its abbreviation CKD, we refer to all degrees of kidney failure: from injuries, which can be mild, moderate or severe, to chronic renal failure (CRF) ).

Specifically, chronic kidney disease is defined as a disorder of renal function that persists for more than 3 months.

Chronic kidney disease it is more common in the elderly population. However, while younger patients progressively lose kidney function, 30% of patients older than 65 years only show stable symptoms and do not degenerate over time .

If the disease progresses complications can appear, anemia, high blood pressure, bones weak, damage at neural level and other disorders. The good news is that early detection and proper treatment can prevent this chronic disease from worsening.

Many people do not have severe symptoms until kidney disease progresses, however there are symptoms that can alert us (not only have one but several of these symptoms).

Many people with chronic renal failure show no symptoms until the most advanced stages of the disease, because the body is able to compensate for a long time the difficulties that arise gradually.In this case hypertension occurs when the blood pressure against the walls of the blood vessels increases. If not controlled hypertension can be causes of stroke or heart attacks among other disorders. On the other hand, having CKD can also cause hypertension, which is why it is important to control blood pressure levels.

They are a group of disorders of the kidney that have in common the inflammation of the internal structures of the kidney or glomeruli. They are the third most common type of kidney disease.

Other causes can be:

How does the disease develop?

CKD is associated with an increased risk of cardiovascular disease and chronic renal failure.

Chronic kidney disease has several stages, which differ according to the severity of the disease:

During stage 1 or Stage 2, the simple reduction of the eGFR is not enough to determine the diagnosis, because it could be at the limit of normal.There are several possible protocols, in general, to follow at home, but more often than hemodialysis, strict dietary restrictions are also necessary on the amount of salt, proteins and fluids they eat and drink).

When dialysis is no longer enough, the last alternative is still kidney transplantation , but unfortunately the availability of organs is extremely limited and, in any case, it is not the best option for all people.